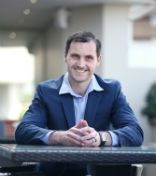 Graduated from WITS University in 2010, having completed a BSc (Honours) and then MBBCH.

Chairman of the ASISA Underwriting and Claims Conference 2019.

Special Interest in the role of technology and digital transformation and the ethical use of data to enable automation in the insurance industry.